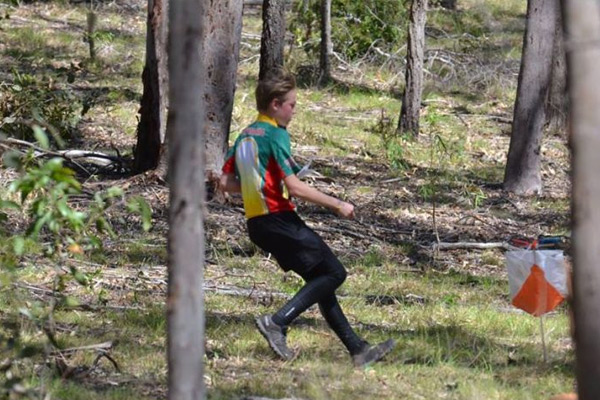 Hundreds of keen navigators from across Australia have travelled to the Scenic Rim, south of Brisbane, to battle it out in tough terrain for the 2016 Australian Orienteering Championships.

Orienteering is an adventure-based sport that combines running and course navigation with a map and compass.

Competitors aim to visit a number of marked control points in the shortest possible time.

“They have to be very independent, they have to solve their own problems, make decisions themselves,” she said.

“They do compete by themselves so it brings out a bit of resilience in the kids, having to persevere and keep going.”

“It’s definitely the most challenging sport I’ve come across because you’ve got the balance of an incredible physical challenge,” he said.

“Today there was huge hills and really tough forests to run through but then at the same time you’ve got to be concentrating on your navigation, so if you have a tiny slip up of a couple of seconds your race could be over.”

Tom Harding travelled from New Zealand to compete in the schools competition.

“Probably the most general terrain in New Zealand is steep valleys with lots of pine forests and you come to Australia and it’s rolling hills with gums so it’s a big transition,” he said.

Eleven events are being held across three regions in south-east Queensland.

The championships wrap up on Sunday.