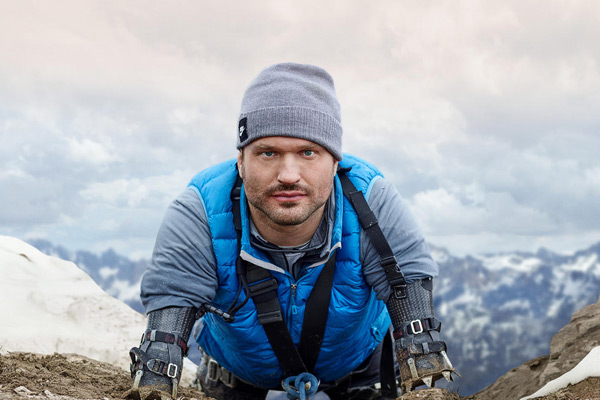 Kyle Maynard is a quadruple-amputee climber. He's incredible. This is his story.

In 2012, Kyle became the first quadruple amputee to climb – actually bearcrawl – the 19,340 feet to the top of Mount Kilimanjaro without the aid of prosthetics. His 10-day ascent was widely covered by the press, followed on social media, and raised money and awareness for wounded veterans as well as Tanzanian schoolchildren. Upon his return, Kyle won his second ESPY (Excellence in Sports Performance Yearly) award for Best Male Athlete with a Disability.

Four years later, he reached the summit of Argentina’s breathtakingly beautiful and sometimes deadly Mount Aconcagua – the highest peak in both the Western and Southern Hemispheres, standing at 22,838 feet. Following that epic summit, Nike featured Kyle in the powerful commercial “Unlimited Will,” which debuted globally during the 2016 Olympics, was viewed by millions around the world – and was part of the series that AdWeek named the most memorable of all commercials during the 2016 Olympics. 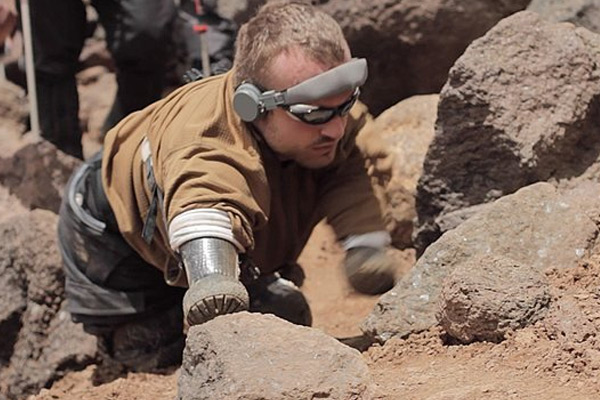 Despite being born with a rare condition known as congenital amputation, that has left him with arms that end at the elbows and legs that end near his knees, he learned early on with the support of his family, to live life independently and without prosthetics. Kyle thrives on physical challenges and following a few rough middle school football seasons; he went on to become a champion wrestler, CrossFit Certified Instructor and gym owner, competitive MMA/Brazilian Jiu-Jitsu fighter, world record-setting weightlifter, and skilled mountaineer.

“Know your limits, but never stop trying to break them.”

Kyle has not let his success be defined by anything or anyone but himself. He has lived his life striving to do more, learn more, push harder, go further—and to inspire others to do the same by sharing his story and living by example. Though he tailors his speeches to his audience, his messages are centered on building a life driven by purpose and meaning, the importance of the undying pursuit of dreams, and the belief that no obstacle is too great and nothing in their lives can keep them from accomplishing their goals.