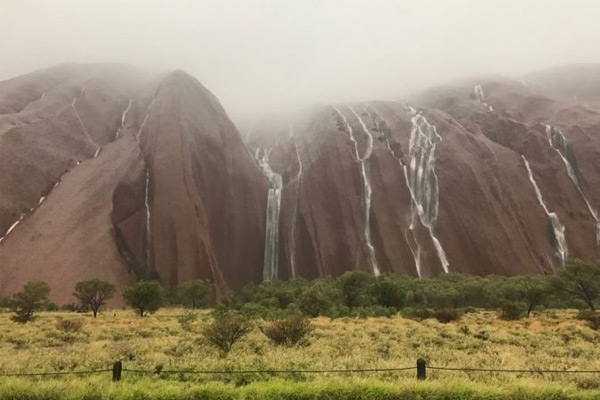 Last year was a year of extreme weather events, wetter than average overall and the fourth-warmest on record for Australia, according to the Bureau of Meteorology’s Annual Climate Statement released today.

Individual states across the country had local weather records broken — 2016 was the warmest year on record for Sydney, recording the most days above 25 degrees Celsius on record, while parts of South Australia recorded its wettest year.

“The year started off very warm and dry, with bushfires in Victoria, Tasmania and Western Australia, and a nation-wide heatwave from late February to mid-March,” Mr Plummer said. 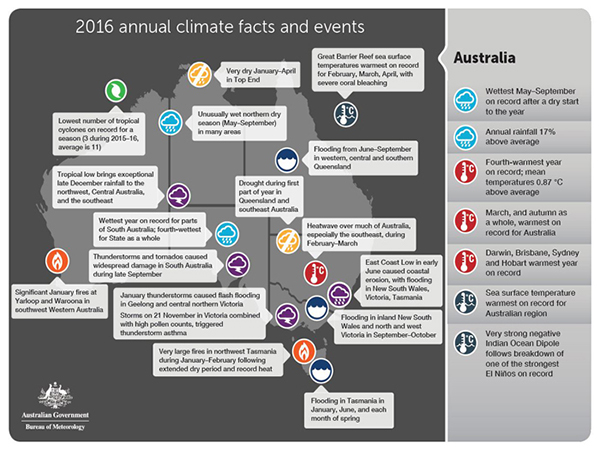 “Widespread, drought-breaking rains led to flooding in multiple states. Even northern Australia saw widespread rainfall, during what is usually the dry season, greening regions that had been in drought for several years.”

For Australia as a whole, annual rainfall was 17 per cent above average.

The top end experienced an unusually wet dry season from May to September, while 2016 was the wettest year on record for parts of South Australia.

The World Meteorological Organsation figures showed 2016 was very likely to have been the warmest year on record for global mean temperatures.