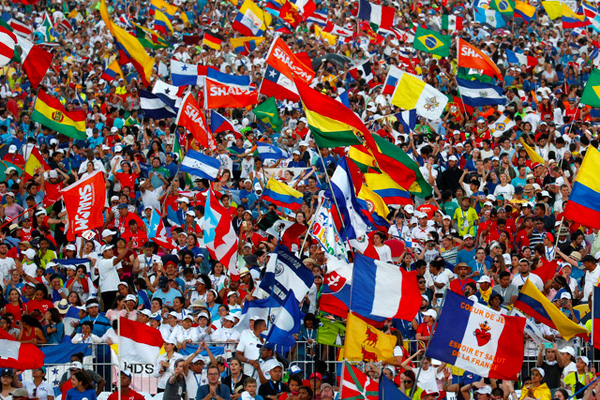 Spain has many attractions – delicious cuisine, a balmy climate, sublime music and a fascinating history. And now it can add another accolade: it has just been named the healthiest country in the world.

Bloomberg has crunched numbers from the UN, World Bank and World Health Organization, scoring 169 nations on a range of factors from life expectancy to obesity, tobacco use, air quality and access to clean water. 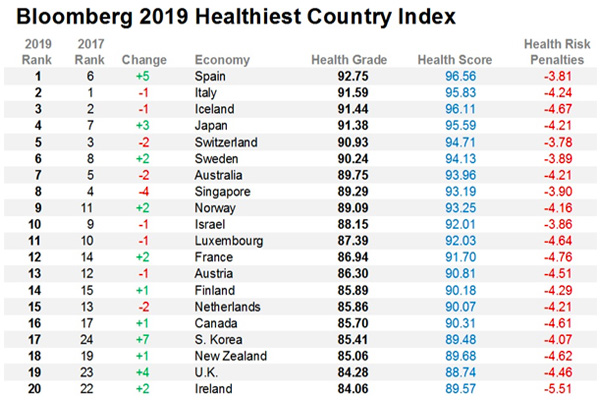 The results show Spain has risen up the rankings from 6th place the previous year, pushing Italy down into second place. Iceland, Japan and Switzerland follow closely behind, in a list that demonstrates the correlation between health and wealth. High income nations in Europe and the Pacific rim dominate the top of the table. In contrast, 17 of the 20 lowest-ranked nations are in sub-Saharan Africa, along with Yemen, Afghanistan and Haiti.

But although income is a strong indicator, a glance at the list shows there are clearly other factors at play. The US, where life expectancy has been dropping partly as a result of opioid overdoses and suicides, is ranked just 35th on the list. That’s five places lower than significantly poorer Cuba, with its long history of investment in publicly funded healthcare and emphasis on preventive medicine.

Diet is another important factor. The Mediterranean diet popular in Spain and Italy is high in vegetables, nuts, fruit, fish and healthy grains, as well as the ubiquitous olive oil.