The lost art of climbing a tree 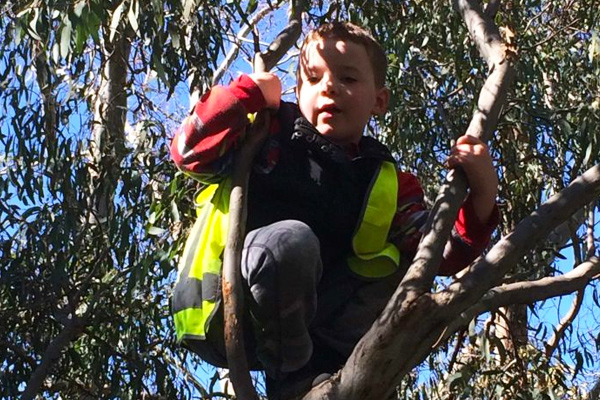 The lost art of climbing a tree

In a patch of bush beside Melbourne’s Merri Creek, five-year-old Rachael is perched in a tree. She’s inched up and down several times, getting higher and prouder each time.

“I like climbing the trees,” she grins, her sun hat lopsided. “I’m still learning.”

Step into this clearing in the inner-north suburb of Northcote and the city disappears. A breeze ruffles the reeds and beetles are busy on mottled trunks. A sharp smell of mud wafts up from the creek.

Around Rachael, watched over by four educators and a parent helper, 27 other four and five-year-olds from Batman Park Kindergarten are deep in play.

They’re here for their weekly session of bush kinder and while there’s a camp toilet, a tarp as a picnic rug and high visibility vests for everyone, there’s not a toy or swing set in sight.

Children are building a giant aquarium, collecting rocks as sharks’ teeth and branches for coral. A raucous orchestra is playing stick instruments.

Two girls are rabbits in a nest they’ve made of grass clippings, while another group is crafting fishing rods from sticks and reeds.

Screens and schedules give way to rocks and trees

Inspired by Scandinavia’s forest preschools, the bush kinder movement in Australia is building momentum as growing numbers of educators and parents become convinced of the importance of nature play.

In the mud and in the trees, they say, profound learning is taking place.

For bush kinder to be truly meaningful for children, she says, it must focus on leading them towards a deeper, more sustainable relationship with the natural world.

Down by the Merri Creek, Pieta Hulbert, her clothes smeared with small muddy handprints, is watching those relationships blossom.

“Some people have said to me bush kinder is a fad,” she says, as a group of children huddle intently around a tree trunk to examine an unusual bug. “But nature isn’t a fad.” 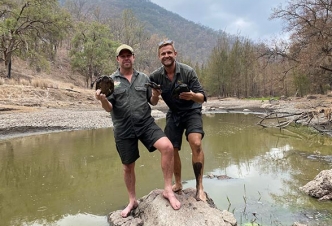