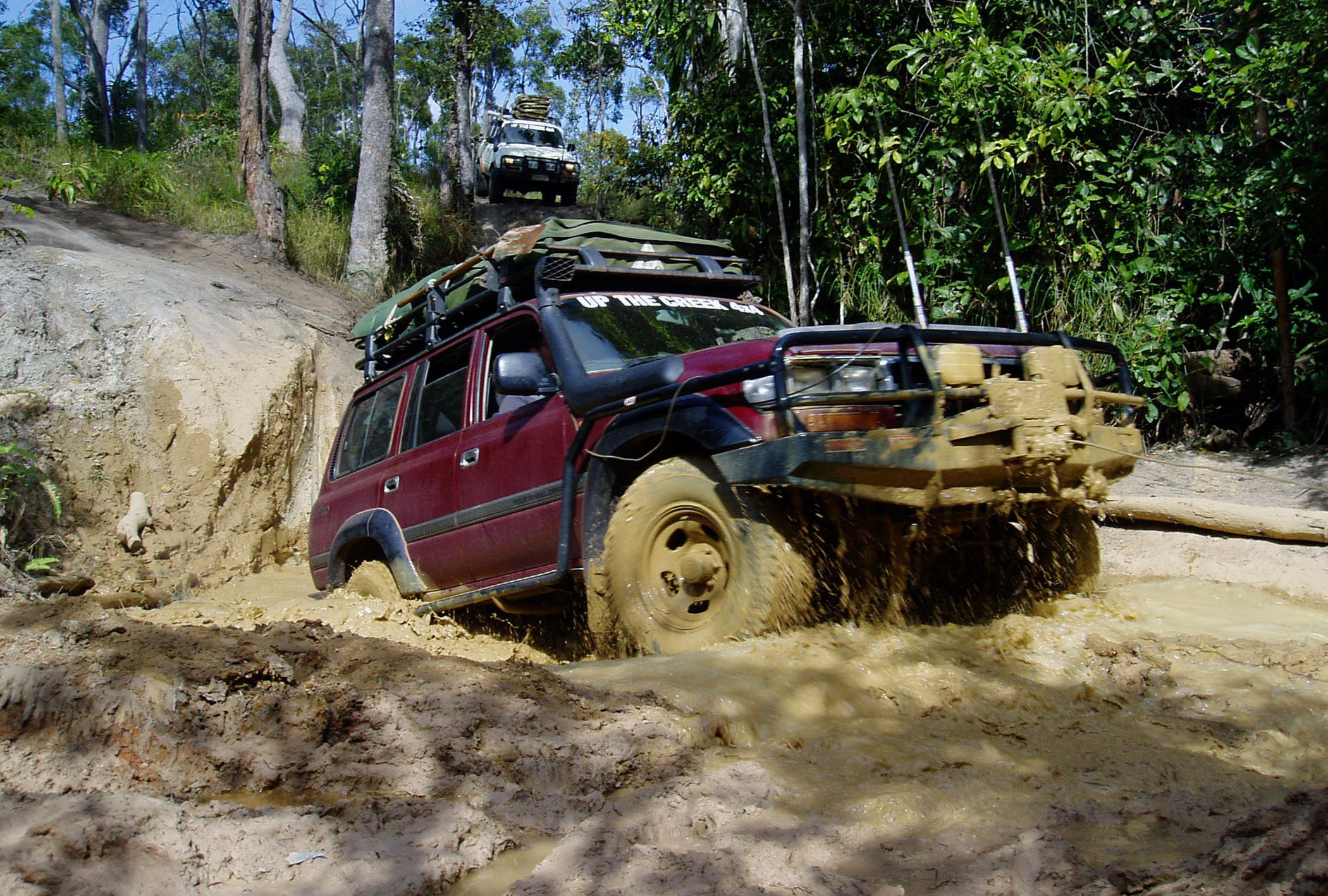 The Impacts of Commercial Walks in National Parks 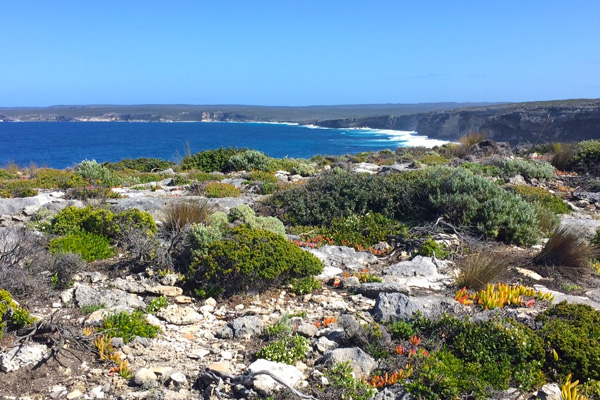 The Impacts of Commercial Walks in National Parks

Two Case Studies from the NPAQ

Multi-day walks in national parks are becoming increasingly sought after – especially commercial ‘supported’ walks run by private operators. Walkers only carry a day or light pack, as accommodation and food are typically provided, as well as guides. Such walks make the experience accessible to a wider range of people keen to appreciate the immersion in nature. However, the impacts of commercial walks in national parks are also coming under increased scrutiny.

Two such walks undertaken by the author in the last three years are presented as examples to illustrate diverse models of such walks, with noticeable differences in the impacts and experience.

The commercially operated Three Capes walk along Tasmania’s remote and wildly scenic southeast coast has only been available since late 2018, offering the 4 day walk for groups capped at 14 people. 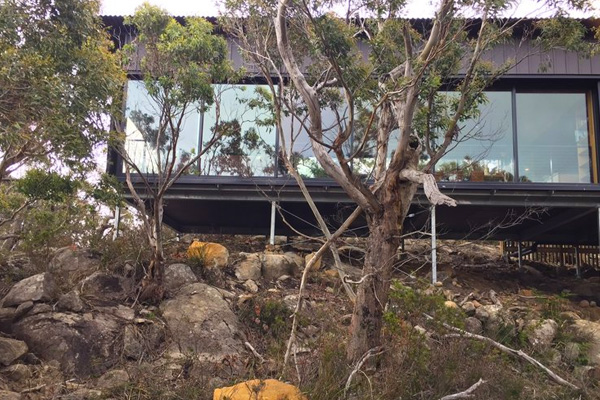 State of the art huts nestled into the landscape.

Accommodation is in state-of-the-art, well designed cabins, with two-bedroom rooms offering clean sheets and comfortable bedding. Cabins are not visible from the main track, and public walkers would not be aware of their presence, as they are nestled in the vegetation, with minimal clearing and a low footprint. Their location is positioned to take advantage of magnificent coastal views. Grey water is filtered and discharged. All toilet waste is collected in sealed containers. The accommodation is serviced by helicopters for all maintenance, including food. The noise and disturbance from helicopter trips would negatively impact on the hiking experience for all.

Although the cabin design is low impact, the standard borders on ‘luxury’, with a plunge pool, massage service, clean sheets, duvets and towels. Food and alcohol were also of a very high standard. Although such comforts are welcomed by many, they are not necessary to appreciate the natural values and landscape. This also has the impact of placing the walk into a higher price bracket which would make it unaffordable for some, and attracting those who view ‘luxury’ facilities as an important motivator for the walk, rather than the experience of being immersed in nature.

Located west from Alice Springs, the iconic 223km Larapinta Trail traverses some of Australia’s most spectacular inland topography. Although the whole trail takes around 16 days to walk, commercial operators offer shorter versions of the most spectacular sections. A 6-day walk was based in a campsite located in the sandy bed of a tributary of the Finke River. 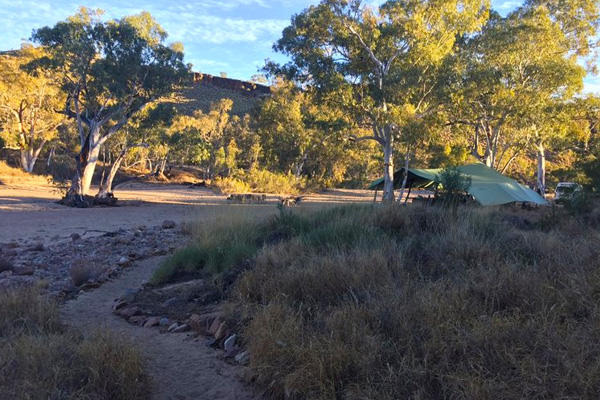 Located just outside the national park boundary, the base campsite was temporary with no permanent structures, and is removed before the wet season sets in and the rivers run high. A small bus was used to transport walkers to the start and finish of each days walk.

An impressive feature was the effort taken to ensure a low impact of the site. All waste was sorted into four types (compost, cardboard & plastic, screwable and other) for recycling. Toilet arrangements were interesting. The motto was ‘every tree is a lavatoree’, and people were encouraged to urinate in the bush surrounding the camp into the sandy river soils, which are flooded in the summer wet season. Toilets were lined with plastic bags and all toilet waste was bagged to be removed from site and composted.

Water is scarce and was supplied by two 3000L tanks. Its use was tightly managed; a small tin was supplied to wash hands after toileting, and showering was a splash down from a small bowl. The conservative approach meant water use was only four litres per person per day for washing and drinking.

Beds were swags in a tent, although many opted to put their swags in the river bed to experience the amazing night sky. All power for the fridge, freezer and lights was generated through portable solar cells. There was no dining room, but seats around an open fire, with wood brought in. No vegetation was cleared around the camp area, as tents were located among the scattered eucalypts.

The small walking group was capped at 8 people.

The experience was low impact, but very comfortable and enjoyable. An explanation of Indigenous values and connections to country was given by a local Aboriginal woman at the start of the walk, which provided a valuable context.

Both walks used guides, who also prepared meals. The common model for most commercial operators is that guides typically work across a number of walks, often in different parts of Australia. It’s usual for guides working in Tasmania in the spring-summer months to then move to hotter climates in the winter months (eg central Australia), reflecting the seasonal variations in both weather and demand. This means the guides’ depth of knowledge about the area’s geology, Indigenous history, flora and fauna can be somewhat limited.

The tendency for guides to place themselves at the front and back of the group also means you walk as ‘a pack’. Those who enjoy the solitude of walking on their own can be frustrated by this arrangement.

However, on both walks, a strong low impact culture was set by the guides, with a clear explanation and continued reinforcement of appropriate behavior whilst on the walk.

In summary, it is clear that commercial walks can be designed and managed for low impact, particularly around the behaviour of walkers, and the location, design and servicing of accommodation. They do play a role in making such walks accessible to more people.

Many co-walkers on multiple-day walks are over 50, with a long history of active backpacking in their younger days. A common feature of this group was the strong appreciation and knowledge of the bush and national parks, and supported walks have a role in enabling this cohort to continue enjoying such experiences.

However, an emerging issue is for commercial walks to increasingly pitch more toward the luxury end of the ecotourism market. This means a higher level of servicing (extra traffic), plus making it unaffordable for some. An equity issue arises about having such facilities on publicly funded national parks which, in principle, are accessible to all.

It also, of course, may compromise the cardinal principle of national park management.