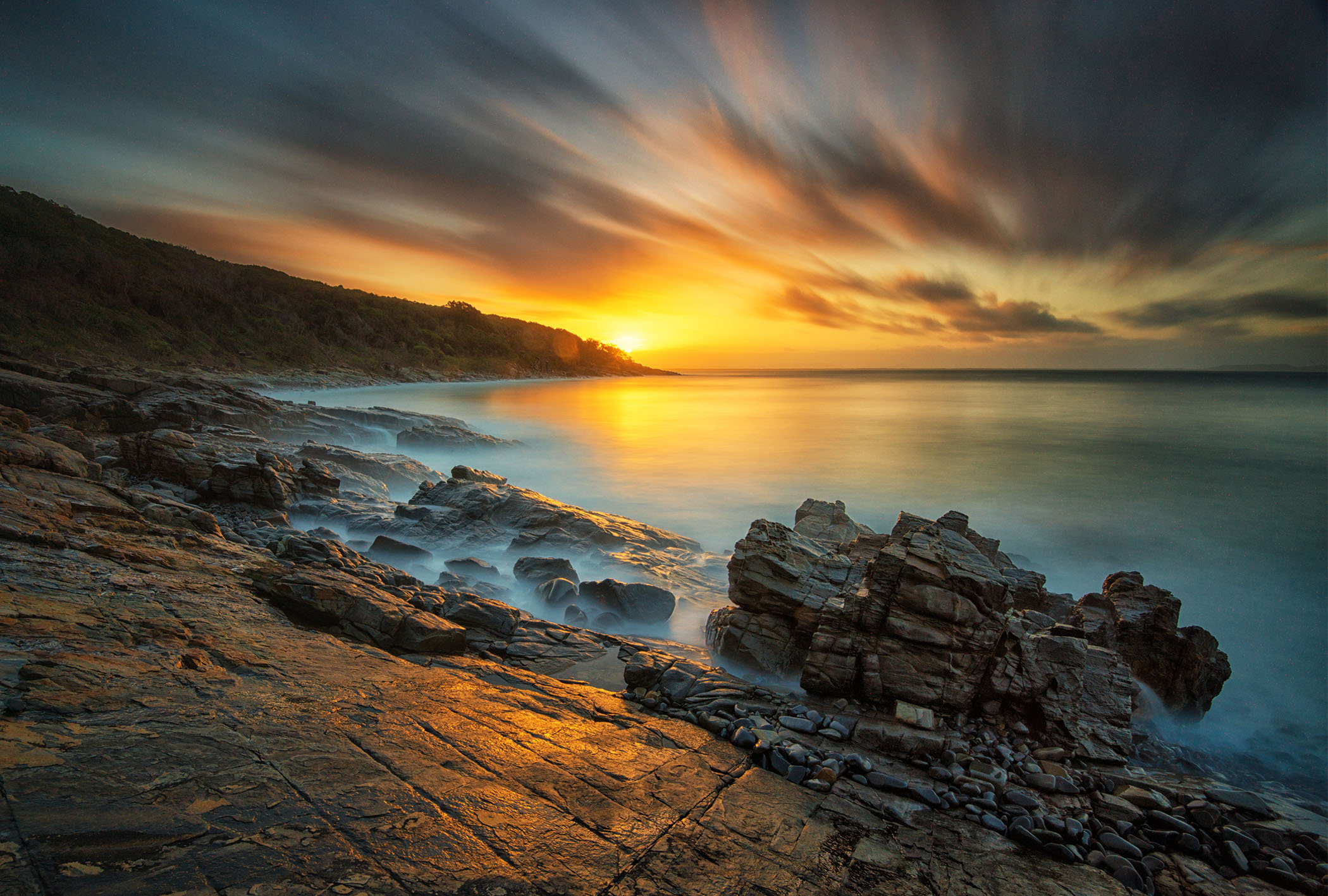 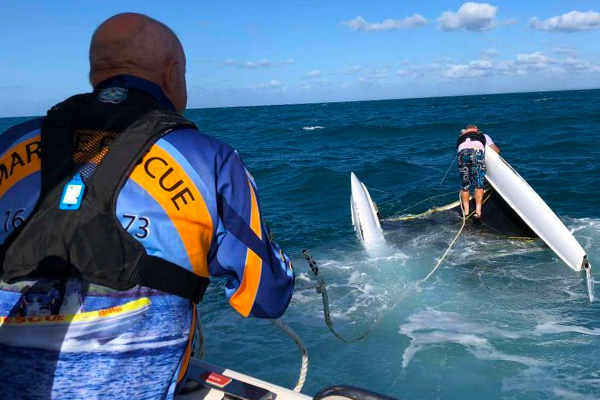 A woman who could not swim was forced to cling to the hull of a capsized boat for hours while her companion swam through rough waters near Hervey Bay to raise the alarm.

The pair, aged in their fifties, was on board a small catamaran that overturned off the coast of Point Vernon on Sunday afternoon.

Emergency services received the distress call about an hour-and-a-half later after a man swam up to a kilometre to shore.

Vice commodore Jill Barclay from the Volunteer Marine Rescue said the boatie did well to make it through rough seas.

…. and a timely reminder about about emergency preparedness – like carrying the right safety equipment, letting others know where you are going and when you are expected back, communications, water, sun protection, life jackets … and be aware on the water (MSQ). See also the All at Sea page for more useful boating information. (QORF)

“It could have been anywhere between 500 metres and a kilometre back to shore, so quite a substantial swim for the person to get back to shore to raise the alarm,” she said.

“The vessel was probably drifting with the wind and the tide — sea conditions were actually quite rough at the time out there as well.”

Ms Barclay said a rescue crew was dispatched and the woman was found clinging to the boat a short time later.

“As you’d expect after being out there for that length of time, [she was] in a bit of a distressed state,” she said.

“We did call an ambulance and took her to hospital as well just to get her checked out.”

The rescue boat returned to the catamaran and towed it back to the Gatakers boat ramp.

In a Facebook post, the Volunteer Marine Rescue described the operation as “a challenging mission … given the weather and circumstances”. 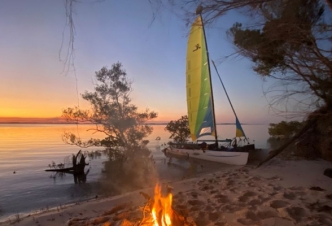