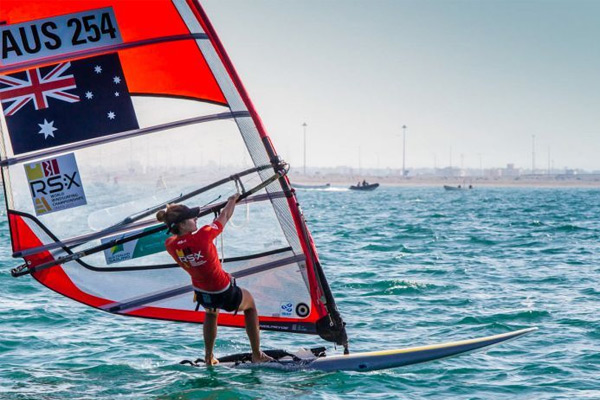 More than 80 raceboarding competitors have descended on Moreton Bay for the sport’s world championships.

Raceboarding is a form of windsurfing that uses longer boards and tall sails up to nine-and-a-half metres in height.

Competitors from as far afield as Poland and northern Europe have travelled to the sunny shores of Brisbane’s bay to take part.

Organiser Lisa McMillian said it was an achievement for the small suburb of Manly to host the event.

“To have 13 different countries competing here … is fantastic,” she said.

“We didn’t think we would have so many competitors from overseas coming to Australia, as it’s so far — but we did.”

The five-day event has taken more than a year to organise.

“We were sitting on a beach in Finland four years ago and thought that it would be great to hold a world championship in Australia,” Ms McMillan said.

“It’s been great to show the world what a great location we have to offer.”