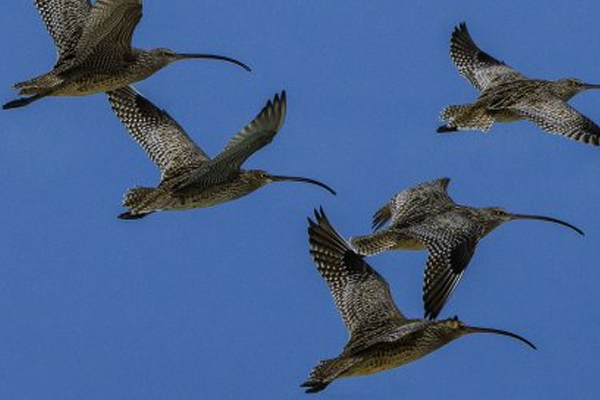 Protecting migratory birds when our beaches have gone to the dogs

How do you reconcile the recreational needs of a city of two million people with the protection of migratory birds recovering after journeys half way around the planet?

University of Queensland scientists have proposed land-use zoning as a possible effective solution, by allowing people full access to the busy foreshore and limiting dog recreation to the most heavily used sites.

School of Biological Sciences honours student Madeleine Stigner, lead author of the study, said recreation was permitted in many protected areas around the world.

“Experiencing nature benefits our health and wellbeing and can provide revenue and support for conservation objectives, but we also need to give nature space to thrive,” she said.

“We have shown that zoning can be effectively used to satisfy both recreational and conservation objectives in the Moreton Bay Marine Park, one of Australia’s key resting areas for migratory birds.

“We counted birds, people and dogs at 85 stretches of intertidal foreshore over the 50km between Deception Bay and Lota.

“Two of the 17 migratory bird species identified in the surveys, the eastern curlew and the curlew sandpiper, are critically endangered.”

Peak abundance of shorebirds occurs when summer recreational use of the foreshore is at its highest.

“On average, 174 people and 72 dogs were present at any one time on the foreshore during each survey, with 84 per cent of dogs off the leash. An off-leash dog was sighted every 700 metres along the coastline,” said Stigner.

“When dogs were present, birds were more likely to be absent, but the effect of people without dogs was much smaller.” she said.

Associate Professor Richard Fuller said this suggested that dog disturbance was a key issue, and underlined the importance of having dogs under control at all times. 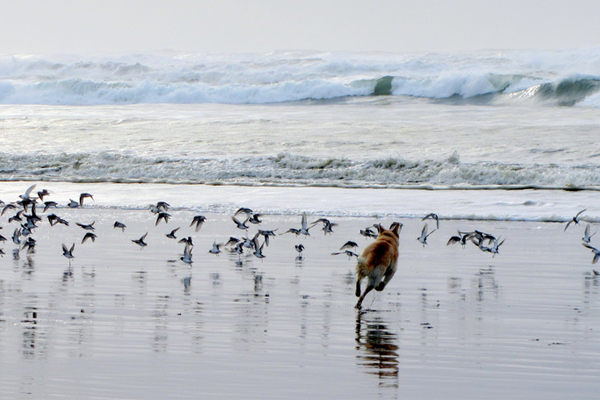 “The zoning analysis indicates we don’t need conservation reserves in which people are kept out, but that reducing current widespread access by dogs to the foreshore would benefit shorebirds,” Associate Professor Fuller said.

“A key finding was that 97 per cent of foraging migratory shorebirds could be protected from disturbance by designating five areas as dog off-leash recreation zones.”

He said birds made gruelling journeys of many thousands of kilometres to escape the Arctic winter and arrived in Australia during warmer months, just when people were enjoying beaches.

“The problem is not that the dogs are killing birds on the beach, but they are excitable and chasing them when the birds need to forage and rebuild their strength to return for the Arctic summer,” he said.

“Without sufficient energy reserves, the birds won’t make it home.”

It is illegal under Commonwealth and State legislation to cause unreasonable disturbance to migratory birds.

Associate Professor Fuller said some people were unaware of the legislation and others wilfully ignored it.

The research is published in the Journal of Applied Ecology. Study co-authors included Dr Hawthorne Beyer of the School of Biological Sciences and Dr Carissa Klein of the School of Geography, Planning and Environmental Management.