Not Proof of Assault 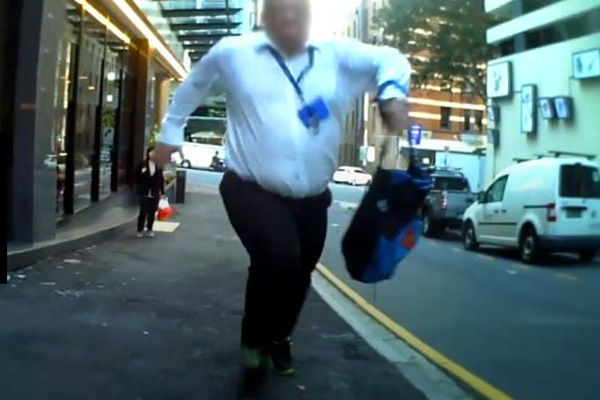 Not Proof of Assault

A cycling lobby group says it is shocked that no charges will be laid over an incident in Brisbane’s CBD last year that left a cyclist with a broken ankle.

James Stevenson was riding to work in October 2018 when he brushed past a man walking on the footpath.

Bike-mounted cameras captured the pedestrian turning around and chasing Mr Stevenson back up the street.

Mr Stevenson said he was punched twice and fell to the ground, breaking his ankle, which was caught in the cleats of his bike.

Mr Stevenson reported the incident to Queensland police, but was advised this week that they would not be charging anyone.

“They said the video evidence was not conclusive that he assaulted me,” Mr Stevenson said.

“We certainly would have liked to see this incident considered by a court,” Ms Savage said.

“We will certainly be seeking to have the decision reviewed — I will speak to the officer in charge at the station.

“I will also write to the Police Minister conveying our extremely serious concerns at the way this has been handled.

“We cannot remain silent on these types of incidents.”

“We have one of the most aggressive road cultures in the world and it’s playing out in ways that are completely unacceptable and that’s not just against cyclists, it’s also in the road rage that we see every single day.”