‘Ignorance not an excuse’ 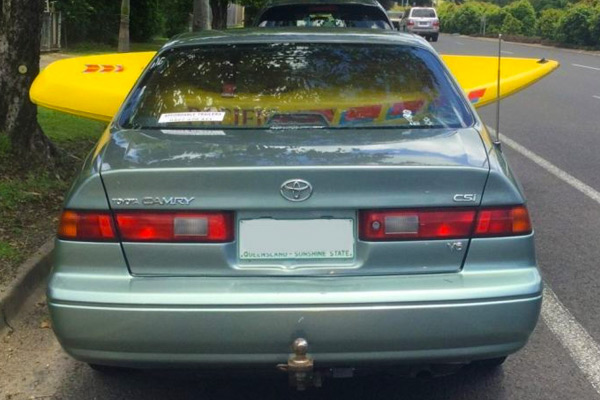 'one of the weirdest things I've ever seen'

‘Ignorance not an excuse’

What drivers need to consider before packing the car

From canoes sticking out of car windows to stacks of bikes hiding licence plates, Queensland police often see dangerous examples of drivers failing to understand what they can and can not transport in their cars.

Thousands of drivers are preparing to head home before school resumes for Queensland students tomorrow, but police in the Sunshine State worry many could be driving illegally.

Sergeant Greg Rose, based in the popular tourist city of Cairns in far north Queensland, said drivers needed to check a few things packing up the car at the end of a holiday.

“You’ve got to make sure your load is placed in a way that’s not going to make your vehicle unstable or unsafe. It can be a cause of a very serious or fatal traffic crash,” he said.

“Over the years we’ve had some serious traffic crashes as a result of a load that’s come off a vehicle.

“Unfortunately some motorbikes, cyclists and occasionally a car have run into [unsecured items lying on the road]. A few years ago, we had a load that collided with a pedestrian who was seriously injured.”

Sgt Rose said while most drivers knew the laws concerning securing items in or on their vehicles, many chose to ignore them.

“[In one instance] people had purchased furniture and had it loaded onto the roof of the car with one person hanging out one window holding it on one side and someone hanging out the other holding it,” he said.

“We had a man carrying a canoe on one of our major roads. He knew the rules but just wanted to get home.

“That would have been one of the weirdest things I’ve ever seen.”

Rules to hit the road: 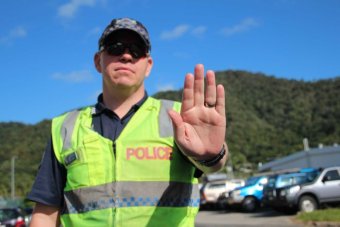 Sgt Rose said drivers needed to ensure their licence plates were not covered up when transporting large items and that cars were not overpacked, risking a fine.

“One of the common things we see is rear overhang.

“There’s a simple mathematical formula available on the TMR website that outlines how far back you can go with your load to make sure it’s not likely to injure a person or obstruct someone else’s view.

“The last thing you want is for your load to come out. Not only would you have your new fridge or outdoor unit smashed, you may have caused someone else to have a serious traffic crash.”

RACQ spokesperson Lauren Ritchie said that while drivers returning from school holidays needed to think about loads they were carrying, they also should be careful of overpacking the inside of their vehicles.

“Often you’ve got a lot more stuff than you initially packed. So when you’re packing up the car the main thing to be mindful of is making sure you’ve got a clear view out the back of your vehicle,” she said.

“Overloading your car inside is a big no-no. It means you don’t have a clear view of any traffic behind you or any incident that might need some evasive action.

“Anyone who’s driven on the highway has seen someone who has everything and the kitchen sink in the back of their vehicles.

“As a driver behind, you should be able to see the driver’s rear-view mirror in front of you.

“Ignorance of the road rules is not a valid excuse if you get pulled over.”

Ms Ritchie said while rules like being able to clearly see out the back window should be common knowledge, there were other lesser-known road rules that could catch travellers out.

“There is a rule that does catch out a few drivers if they’re using satellite navigation,” Ms Ritchie said.

“A lot of people set [their GPS] anywhere on the windscreen, but it should be set up on the bottom right-hand side of the car, within clear sight of the driver without causing distraction.

“Another is hanging things from the rear-view mirror — whether it’s an air freshener or a pair of dice — is actually illegal. It’s all about clearly seeing out of the car.”

Drivers using electronic devices in the back seat could also be at risk of a fine, the RACQ spokesperson said.

“There is a rule using DVD players or screens in the car seat — those can’t be a distraction to other drivers on the road,” she said.

“As the person in charge of that vehicle you could also get fined for distracting others.”

For more on projecting loads, visit the Department of Transport and Main Roads website.