How to talk to children about climate change 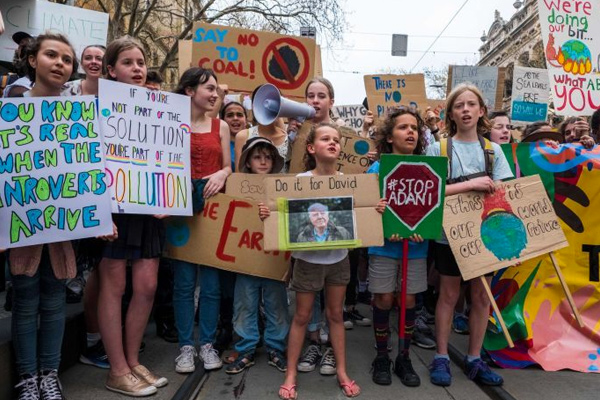 How to talk to children about climate change

"She wants to be honest, but she doesn't want to scare them"

When it comes to talking to her two primary school aged kids about climate change, Nina Roberts chooses her words carefully.

She wants to be honest, but she doesn’t want to scare them.

So even though she thinks adults “need to switch into an emergency mode”, she doesn’t use the word ’emergency’ with her kids.

“The burden of that is on adults,” she says.

“I don’t want them feeling like as children they have to be in emergency mode, because I actually think that’s not a fair thing for kids to be feeling.”

But not everyone agrees that toning down the language is the right approach.

So just how do you respond when kids ask curly questions about climate change, or are feeling overwhelmed about the future they may face?

The Roberts family has a strong connection with nature that began with simply spending time outdoors — camping, gardening, visiting beaches and forests.

“That’s mostly where their strong feelings of wanting to get active are currently coming from,” says Ms Roberts, who is a member of Australian Parents for Climate Action.

“I fear for their future, but they are fearing for the places that they love.”

She says parents have a moral responsibility to protect their children — and that includes being active in the climate change debate.

“Climate change threatens their children’s future so strongly than anything else does at the moment,” Dr Burke says.

But, she says, it’s vital for parents to talk in age-appropriate terms.

“It’s quite easy for younger children to be thinking that climate change is an imminent threat to their lives and to their family’s lives because of the use of the language like ‘climate emergency’ and things like that,” she says.

“This is a huge problem. However, not to their immediate lives.”

What to say to very young children

What to say to very young children

No matter what age be sure to:

No matter what age be sure to:

Julie Gaul from the NSW Early Childhood Environmental Education Network, who says it’s important to “offer hope rather than panic“.

“We all need to know that we can make a difference and by all of us doing something small, we can contribute to a bigger picture,” she says.

“Children are very capable, and competent, and resilient really.” 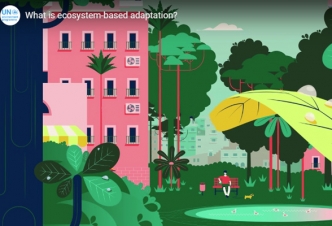 What is ecosystem-based adaptation?