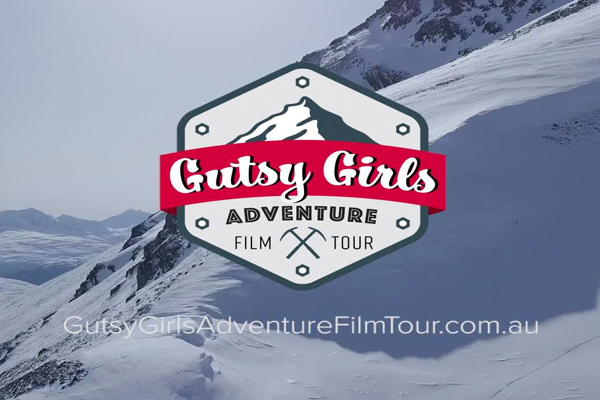 Be inspired by the awesome women featured in the 2019 Gutsy Girls Adventure Film Tour. Strap yourself in for 3 hours of the most inspiring, heartfelt and entertaining films celebrating adventurous women from independent film makers around the globe.

Featuring a unique selection of films of varying lengths and styles, covering topics relevant to women in the outdoors the Gutsy Girls Adventure Film Tour will connect with both the avid adventurer and the armchair adventurer alike.

The Gutsy Girls Adventure Film Tour includes a unique selection of films of varying lengths and styles covering topics relevant to women in the outdoors who aren’t afraid to get dirty in their pursuit of adventure.

The 2019 tour showcases Samantha Gash on her quest to run across India, a committed paddler who doesn’t let size get in the way of her passions, big wave surfing champion Paige Alms, rock climber Hazel Findlay, a crew of rad Alaskan fat tyre snow bikers who know how to dream big and more.

Find out more and view the trailer ...

By celebrating the female adventurous spirit, we aim to make women in the outdoors more visible. Gutsy Girls screenings are not just for women – they are for all of us to celebrate diversity and inclusion and the rad ladies of the adventure world.