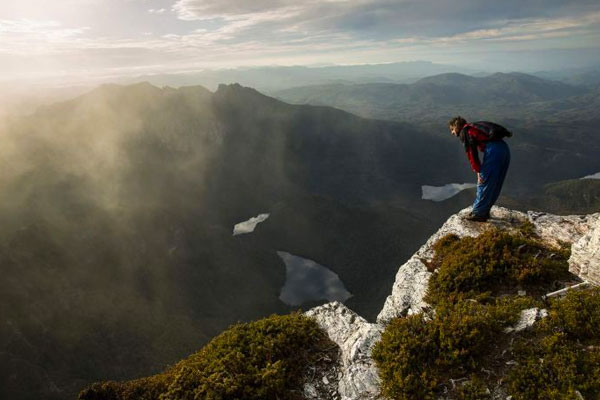 Pete Wyllie takes in the surrounds before the jump. (Kamil Sustiak)

Adventurers document climb and BASE jump from Tasmania's Frenchmans Cap

For most adventurers, walking to the top would be enough of a challenge, but not for filmmaker Pete Wyllie.

“I’ve been climbing and parachuting for a long time, and I’ve always wanted to have an adventure where I could combine … rock climbing and BASE jumping into the one … challenge,” he said.

“Frenchmans Cap seemed like a perfect place for it.

“There’s a huge wall there, that can lend itself to a great climb and subsequent jump from the top.”

With the challenge set, Wyllie and five of his friends went about making and filming the journey.

It started with an arduous 25 kilometre trek to the base of a 350 metre rock climb known as The Lorax.

Then on the morning following the climb, Wyllie and his friend Lee Jackson took the plunge.

“It’s fantastic when you stand at the top of Frenchmans Caps. It really just feels like the whole of Tasmania is lying at your feet,” he said.

Statistics from Tourism Tasmania show more and more visitors are choosing to enjoy the great outdoors.

That’s an increase of 5.2 per cent on the year before, while the data also showed strong increases in the number of bushwalkers visiting Tasmania.

Jen Brown is an amateur film maker and ultra marathon runner based in Hobart.

She said there were growing concerns in the community about the rise of the tourism industry.

“There’s a lot of fear social media is attracting a huge amount of people to Tasmania and we don’t have the safe measures in place around that to sustain it,” she said.

“There’s a lot of people out there who are just concerned that inviting a bunch of people in through tourism, through our films those sort of things that we’re not going to put the measures in place to make it sustainable.”

Ms Brown said she saw adventure films as being part of the solution, and a way to showcase the right ways to enjoy Tasmania’s wilderness.

“I think it’s really important to share share these beautiful places with people but when we do we need to be mindful that they are sensitive,” she said.

“It’s about making people know that these places are out there and that they need to be looked after and we’ve got to really respect them.

“The most important thing is we make it sustainable and we look after it.”

Are we doing enough here in Queensland to manage the risk of damage and degradation to our environments through increases in outdoor activity related tourism? 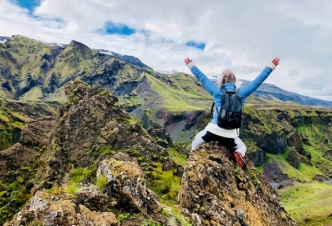