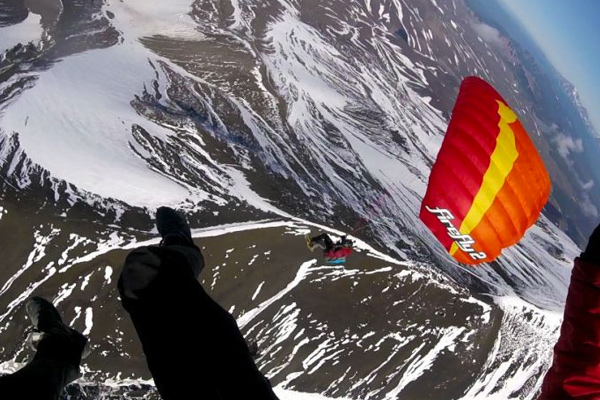 Flying down the side of a sulphur-breathing volcano, reaching speeds of more than 100kph and melting a parachute in the process — this is the sport of speed flying.

Inspired partly by paragliding and skydiving, speed flying — which has been gaining popularity since the mid-2000s — is all about getting to the bottom of the mountain as quickly as possible.

“It’s an exhilarating feeling, and it’s an interesting way to be able to go see the world,” Mr Fischer said.

“Just being able to make your own tracks, running lines and in the back of your head thinking that maybe no one’s ever been here before — that’s definitely a massive driving factor.” 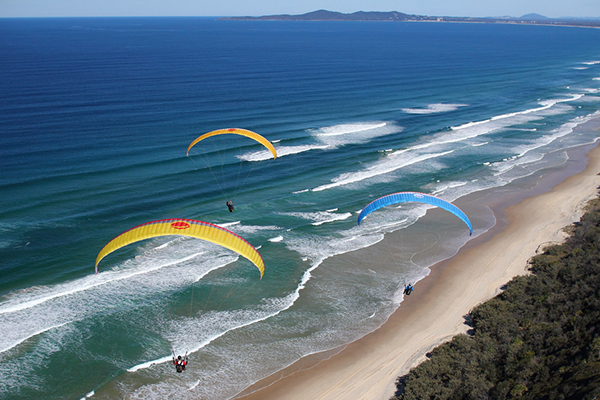 Mr Fischer and friend Lawrence Alexander travelled to the untouched wilderness of remote far-east Russia in August 2018, in search of adventure and speed flying opportunities.

Their destination was Kamchatka, a peninsula jutting into the Pacific Ocean to the north of Japan.

“We went and got lost there for about three weeks, just mountaineering our way up volcanoes and flying off on our speed wings.”

Speed flying, like all other forms of flying, is regulated in Australia, and pilots must be licensed through the HGFA.

“There are hundreds of flying sites registered by HGFA all around Australia,” Mr James said.

“You can’t just pick a mountain and go jump off it.

“If someone was interested in getting into speed flying, a great way to do that is go and do a tandem paragliding flight and find out about the process through a registered training centre.”