E-bikes and the Impact on Off-road Cycling 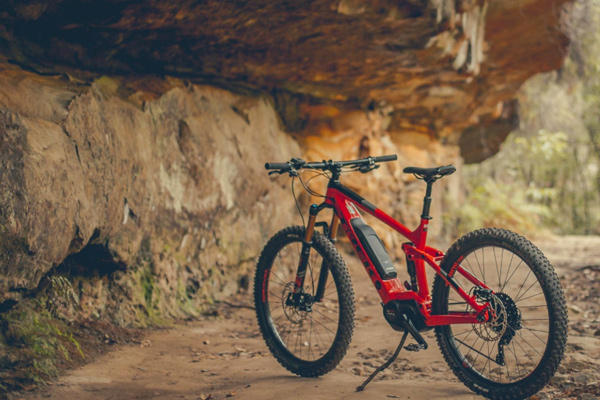 E-bikes and the Impact on Off-road Cycling

As technology improves e-bikes will become a much more common feature on trails,

A  new Article from Treadwell

While traditional bike technology is likely to continue to stabilise, the rapid emergence of the E-bike is likely to have a profound impact on off-road cycling. As technology improves the bikes will become a much more common feature on trails, making cycling activities more accessible to more people. Being able to cycle at higher average speeds, cover longer distances and ride up hills more easily makes e-bikes an attractive option for recreation and commuting.

The term ‘e-bike’ refers to bicycles that have a small electric motor and rechargeable batteries to assist the power provided by the rider. Other descriptions sometime used are pedelecs (from pedaled electric cycle) and EPAC (electric power-assisted cycles).

The electric bike first became popular in China, where the government made developing e-bikes an official technology goal in 1991 and is now finding growing acceptance in other parts of the world. The first electric bikes similar to current models were produced in the 1990s. By the first decade of the 21st century the e-bike market in China began to grow at an exponential rate. The demand for e-bikes in Europe and North America began to grow somewhat later than in China but is now a multi-billion-dollar market.

International destinations where mountain biking has been well established for the last 20 years, such as North America and Europe, participation levels in mountain biking range between 4-6% of the nation’s population. This is significantly higher than reported participation in Australia which indicates there is further growth capacity. Regions such as America and Europe are also experience high growth in the use of E-bikes and places such as Australia can learn lessons from how management challenges are address.

The E-bike popularity growth kicked off in Australia around 2015 after all Australian states and territories legalised the use of E-bikes on roads and paths. Although legal, there are restrictions in place around stated power outputs of more than 200w without a pedal assist system, or 250w with a pedal assist system. The latter is also required to only have a pedal assist and limited to do 6km/h via a throttle or cruise control mechanism. In both cases the motor must be speed limited to 25km/h. If you are riding off road however, there are no legal limits which in turn changes what we need to consider when planning and managing trail networks.

Mountain Bike Australia (MTBA) has jumped onto the E-bike popularity growth adding the E-MTB category to the 2019 National Championships which were held in April this year. Adding to that, The UCI Mountain Bike World Championships has also added E-MTB into the 2019 championships claiming E-MTB is accessible, understandable, and entertaining for both riders and spectators.

E-bikes make various forms of cycling more accessible to newer and less capable riders and increase the ride duration for more experienced riders. This is likely to increase rates of participation and trail usage. It is important for trail managers to consider how E-bikes might affect trail infrastructure, access, other trail users and the surrounding environments.

Adapting regulations to the requirements for this constantly evolving and increasingly popular technology will be an ongoing challenge for trail managers now and into the future. 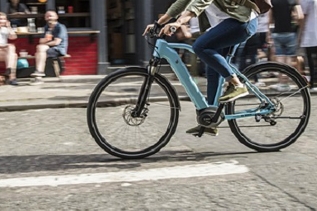 Considerations when purchasing an e-bike