Can the Pony Club survive? 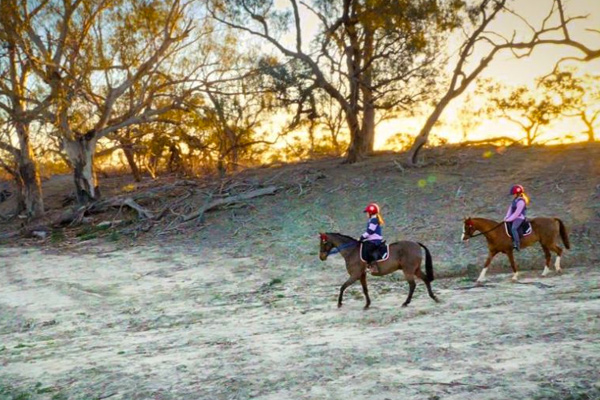 Can the Pony Club survive?

Pony Club in Australia has been going for 80 years - but can it survive the drought?

This year, Pony Club celebrates its 80th year in Australia, but with the worst drought in 160 years and rising feed costs, horse ownership has become further out of reach than ever for its families.

Julie Harmer’s three daughters are the third generation in the family to be part of Pony Club.

But times are tough for the Harmers, who live in drought-stricken Merbein in north-west Victoria.

They have been hit by exorbitant feed prices after local hay supplies ran out and transportation costs doubled.

“We were faced with the choice: do we keep paying increasing feed costs and ride out the drought or face the heartbreak of selling my children’s horses?” Ms Harmer said.

“Riding horses has taught my daughters how to overcome fear, deal with disappointment and that it takes hard work to care for such a large animal.

“I’d much rather see my girls out training and working in partnership with a 500-kilogram horse than stuck inside, eyes glued to their smart device.”

Many remote farming children can’t participate in sports like netball or basketball which are held every weekend, but the Bell family can commit to a monthly Pony Club rally.

“I really want my children to experience the same life experience I had, growing up with horses,” Ms Bell said.