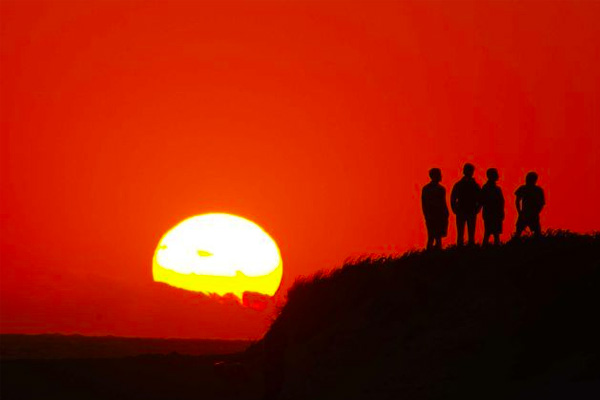 Queensland had its hottest January and a monsoon low brought heavy rainfall to parts of the state.
Brisbane was very warm, while rainfall was very low at about 20 per cent of the January average.

Last month was Australia’s hottest January on record, data to be released by the Bureau of Meteorology (BOM) today will show.

The mean temperature for January averaged across the country exceeded 30 degrees Celsius — the first time this had occurred in any month, the BOM said.

Rainfall was also below average for most areas but a monsoon trough brought some significant totals to northern Queensland late in the month.

Here is how the different states felt the heat.

And Adelaide had one of the city’s hottest Januarys on record, with maximum temperatures the highest for at least 10 years.

For the first time since 1957, the BOM’s Adelaide city site recorded zero rainfall for the month.

Western Australia had one of its hottest Januarys on record, but temperatures were cooler than average in parts of the west coast and south-west.

Rainfall for the state was below average and the month was the driest since 2005.

While most of WA was suffering in the heat, Perth recorded its coolest January in more than a decade and rainfall was about average.

The north-east of the state also experienced one of its driest Januarys on record.

Sydney had one of its warmest Januarys on record, with average rainfall.

Its rainfall was below average, with most of the state receiving less than 20 per cent of the month’s average.

Melbourne was exceptionally warm, with some sites recording their highest ever January temperatures. The city also had one of the 10 driest Januarys on record.

The ACT also had its hottest January ever. The BOM’s Canberra airport site had a record run of four days above 40C.

The Northern Territory recorded its hottest January and the delayed onset of the monsoon contributed to the Territory receiving less than half its average January rainfall.

Darwin had one of its warmest Januarys on record while rainfall was also below average.

Queensland similarly had its hottest January and a monsoon low brought heavy rainfall to parts of the state.

Brisbane was very warm, while rainfall was very low at about 20 per cent of the January average.

Tasmania had its hottest and driest January on record, as did Hobart.

“We saw heatwave conditions affect large parts of the country through most of the month, with records broken for both duration and also individual daily extremes,” he said.

“The main contributor to this heat was a persistent high-pressure system in the Tasman sea which was blocking any cold fronts and cooler air from impacting the south of the country.”

“The warming trend, which has seen Australian temperatures increase by more than one degree in the last 100 years, also contributed to the unusually warm conditions,” Dr Watkins said.