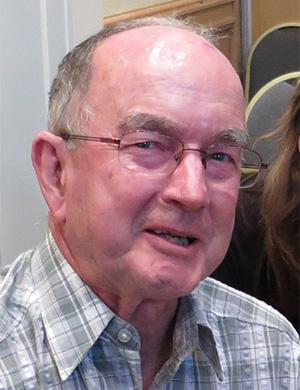 Qualifications
BSc (Hon) Forestry and MSc (both from ANU)

In the 21st century it’s a common school of thought that people will have multiple careers, unlike those who entered the workforce 50 odd years ago. Clearly, people are not thinking of John Wood.

John’s early work in and passion for forestry led him to a greater purpose: how to plan and manage forests, land and water catchment areas for multiple uses, especially outdoor recreation. He was responsible for designing the first trail bike area in Australia. His work and studies in park and recreation development have taken him to the U.S. across Australia, China and Saudi Arabi and seen him be a university lecturer in Canberra for 8 years.

He first became involved with QORF in the early 1990s when he was a Board member and then chairman of Tread Lightly (Australia) and later as  consultant. Read on to discover how John has helped pave the way for many Queenslanders and Australians to be able to enjoy the outdoors using motorised and non-motorised transport.

During the height of Australia’s involvement in the Vietnam War, John’s first job – in 1969/70  –  was not as a soldier or conscript but as a junior forestry officer working for the Lao / Australian Reafforestation Project in Vientiane and southern Laos. Back in Australia in 1971, and working as a forestry officer in the ACT, he became interested in planning and managing forests and water catchment areas for multiple uses, especially outdoor recreation in the Cotter River catchment and the Googong Dam catchment.

“Through an association with CSIRO researchers I was able to develop my skills in resource evaluation and water and land use planning,” said John. “This would become a major focus of my life’s work.” According to John, an emerging issue at the time was the off-road use of vehicles, in particular, trail bikes. “I was very fortunate to be tasked with planning and designing the first trail bike area in Australia in Stromlo Forest, ACT, in 1975. I say fortunate because I was able to combine my passion for the outdoors and the natural environment with providing meaningful and respectful access to a broader group of outdoor enthusiasts. The resulting trail network provided trail bike riders with somewhere legal to go while relieving pressure on more sensitive bushland areas around Canberra.”

In 1975, John accepted a position at the Canberra College of Advanced Education (now the University of Canberra). He taught resource evaluation, land use planning, and outdoor recreation planning to students studying for the Graduate Diploma in Outdoor Recreation and undergraduate students in the Park/ Natural Resource Management degree program.

A sabbatical break in 1978 saw him head to the University of Washington in Seattle and the forests of the Pacific North West. There he studied the Recreation Opportunity Spectrum under the guidance of US Forest Service staff and became part of the team who introduced the concept into Australian and New Zealand in the early 80s.

Five years later (1983), he joined the Conservation Commission of the Northern Territory as its principal planning officer responsible for the assessment and development of existing and new national parks (including Litchfield and Gregory), as well as establishing the Territory’s Recreation and Conservation Values Register.

‘Not for the first time in my life, did I find myself being paid to do something I loved – exploring and documenting much of the remoter corners of outback N.T. by 4WD, boat, light aircraft and helicopter.

“In 1989, I returned to south east Queensland to start consulting as a park / open space / recreation planner. I worked on projects that took me to natural areas all over Australia, China and Saudi Arabia before I retired in 2017.”

As a consultant, John authored or co-authored over 250 reports which provided professional advice on a wide range of topics spanning the parks and recreation field. In his later years, he was frequently called upon by government and private sector clients to act as an expert witness in planning appeal matters under the jurisdiction of the Queensland Planning and Environment Court.

Outside of work, John has been married to Arlene for 48 years and has two sons who have been active in the outdoors through their vocation and personal interests. His youngest son, Tim, now 45, was a professional BMX ramp rider. All of his four grandchildren are into the outdoors with a grand-daughter in Canada who loves horse riding and skiing, and three grandsons in Queensland into cycling, trampolining, canoeing, bush walking, trail bike riding and playing in the mud on their rural property.

John has achieved much in his career, in particular guiding managed recreational access to national parks and forests.

Within Queensland he has overseen management, visitor and recreation plans and strategies for numerous natural areas and parks at the state and local government level.

At a national level he has:

Interest in the outdoors

John first became interested in the outdoors as a young lad when his family moved to the Brisbane suburb of Camp Hill in the 1950s. He used to explore the Seven Hills bull paddocks (now Seven Hills Bushland Reserve) and Whites Hill (now Whites Hill Reserve). He also loved the ocean, fishing and surfing whenever he had the opportunity.

“During the 60s, as a university student and graduate, I was fortunate to try a number of outdoor activities including snorkeling, spear fishing, scuba diving, canoeing, gliding, and caving, which really enabled me to see and understand more of the natural world.

“And as a forestry officer, I was paid to work in the outdoors – how good was that! The Brindabella Mountains and the Cotter Valley, west of Canberra, became my stomping grounds. Little wonder that over my life I have become passionate about outdoor recreation and the management of indigenous protected areas.”

What is your favourite motivational quote?

John first became involved with QORF in the early 1990s when he was a founding Board member and then chairman of Tread Lightly (Australia), an organisation primarily interested in ensuring access for all outdoor recreationists to public lands.

“At the time QORF was quite small, both in staff and membership, however it gained leverage via strategic partnerships and associations e.g. with Tread Lightly (Australia) and others,” he said.

“What QORF lacked in size it made up with visionary, passionate staff and members who were prepared to work hard to achieve their goals. QORF was responsible for the recognition and inclusion of outdoor recreation in the SEQ Planning Scheme – a major achievement that will benefit future generations.

“QORF also recognised and supported the planning and management of motorised vehicles as a valid recreational activity in the outdoors. Tread Lightly and QORF organised several joint conferences, seminars and chaired the South East Queensland Trail Bike forum in an effort to establish places where trail bike riders could legally ride,” he said.

“I think my legacy was helping QORF with forward planning for outdoor recreation and recognition of its importance at local and state government levels.

“My hope is that QORF will continue to expand and be recognised as the peak advocate for outdoor recreation in Queensland.”

The next 20 years for QORF

John believes the state of Queensland needs QORF as much as ever as its role is ongoing. He sees QORF needing to

Help achieve a sustainable balance between resource protection and outdoor recreational use.

I think the most important way QORF can stay relevant is to adopt new technologies to better inform outdoor recreationalists of opportunities, appropriate uses and responsibilities.

QORF’s Motto is Live Life Outdoors. How do you do that?

“I’m a keen gardener and enjoy working with plants and keeping native bees. I also love to travel and explore different countries, cultures and landscapes.”

“My cross over mountain bike helps me escape into the surrounding countryside and takes me places I wouldn’t normally reach while walking.”

“Now that I’m retired, recreational cycling is my favourite outdoor activity. It’s gentle on my joints and gets me outdoors for much needed physical activity. I also enjoy helping my grandchildren appreciate and have fun in the outdoors.”

“One of my favourite and regular outdoor adventures was trail bike riding in the natural areas surrounding Darwin. It combined my love of exploring the outdoors while establishing and maintaining a close relationship with my youngest son during his teenage years.” 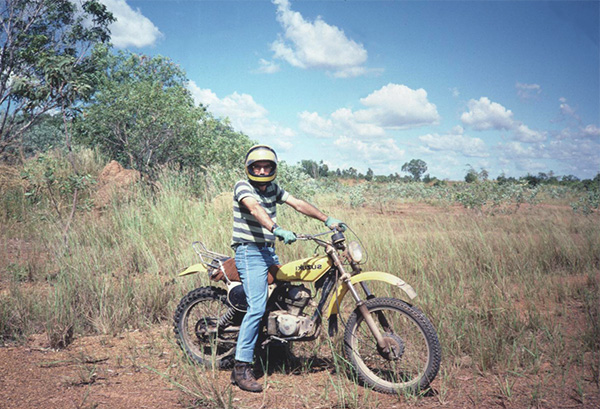 “One of my favourite places in Queensland is the Stanthorpe region, in particular Girraween National Park. I love granite dominated landscapes because of their distinctive character and they remind me of the high country in the Brindabellas in the ACT”

“Be positive, dream big, give it your all, learn from your mistakes.”